By now this is the third private museum of Miklouho-Maclay. The first one was opened in 2010, at the birthplace of his father Nikolay Miklouha in Kalityanskoe Village of Chernihiv region near Kiev. The second museum was established in Kacha village near Sevastopol. It was built in the concerned place also for a reason: Kovalevsky Institute of Southern Seas Biology is situated in Sevastopol. In front of the institute you can see white stony Miklouho-Maclay’s bust, created by Min’kova sculptor and installed on the occasion of the 100th anniversary of opening Sevastopol Biological Station, which was reformed into the Institute in 1963.

Maclay’s saying: "Only making something important for people makes you a human", became life motto of Museum founders, Alexander and Nadezhda Maclay. The noble idea of Selfless Service to Humanity, started by Maclay over a hundred years ago, is still alive. 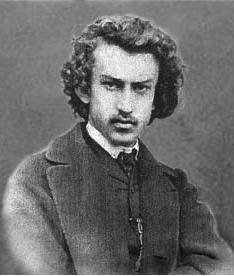 The area of Maclay Museum activities includes community education, popularization of historical and cultural heritage as well as museum education.

The Museum holders plan to implement conferences, lectures, meetings and open lessons.
Nikolay Maclay belongs to the legendary Zaporozhye Cossacks, and all of his ancestors were Cossacks. Maclay's great-grandfather Stepan Miklouha was the cornet of Cossack regiment, and received knighthood for his bravery in storming Ochakov during Russian-Turkish war. One of Maclay’s ancestors Okhrim was the prototype of Nikolay Gogol’s character Taras Bulba.
But why Baturin is associated with Maclay?Baturin is famous as Razumovsky brothers’ residence, hetman capital and historic site relevant to many progressive personalities. Among them we should mention hetman Kirill Razumovsky’s  great-grandson, graph Alexei Tolstoy – talented poet and writer, who also was patron of Maclay’s father. The poet spent his best years and created his greatest works in Baturin, analyzing the history of Kievan Rus. With his ballads, hetman’s heritor encouraged his contemporaries to think about their fundamental nature and remember about their ancestors. 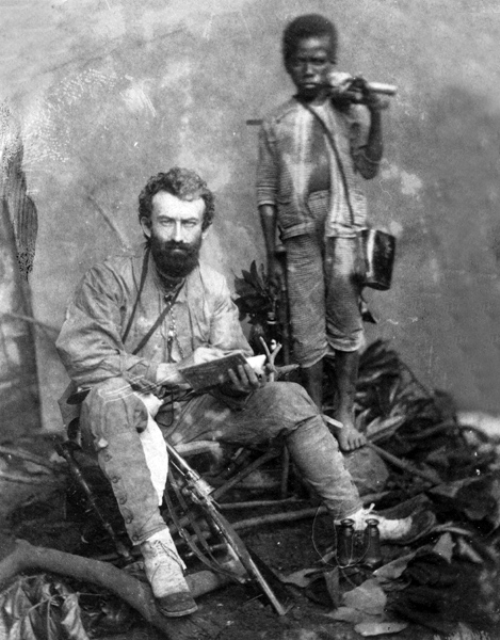 In the line of Hetman Razumovsky’s wife, graph Naryshkin twice sponsored Maclay’s expeditions, having diverted the sum of 2,000 rubles for each of them.Thanks to the unspoken efforts of Alexey Tolstoy, disgraced Taras Shevchenko was bought out of serfdom and freed of recruits. Graph
took enormous efforts before his countrymen, among them Maclay’s father Nikolay Miklouha, and ev
entually the scientist Nikolay Maclay could get decent education. Alexei Tolstoy helped young Maclay to go abroad, having issued his passport with the surname Miklouho-Maclay instead of Miklouha in it. Secret police of the tsar l
ooked after the boy, forbidding him to get higher education in Russian institutions. Therefore, Nikolay Maclay was forced to leave the country illegally and study abroad.
Three years of research in Kalityansk Museum brought even too much material about the scientist and other prominent figures of Cher
nigov region for one museum. Therefore, family of Ukrainian patrons created the Historical and Cultural center "Maclay’s Sail" near the residence of Hetman Razumovsky and rewarded these progressive personalities.
Two inscriptions from the o
ld bookcase in Baturin hetman’s palace indicate high spiritual level of Kirill Razumovsky’s Ukrainian Cossacks and their heritors. Translated from Latin, inscriptions go as follows:"Keep God in your Heart, and your eyes in books until mist of death comes."
"One who saves Holy Scripture in Heart, prepares himself be crowned in Heaven."
Nikolay Maclay is a descendant of the legendary Zaporozhye Cossacks and an outstanding scientist, whose interests cover many areas of human knowledge, such as ethnography, philosophy, biology and geography. He wrote many works on zoology, zoogeography and physical geography, that are still valuable. What is more, as the founder of marine biology and comparative anatomy, he made an enormous contribution to science. His merits to science and humanity are even not yet fully appreciated.
Nicholay was the first one to scientifically prove the biotic full-value condition of people belonging to all nations and races. His scientific works and statements in press gave rise to the world’s antiracis 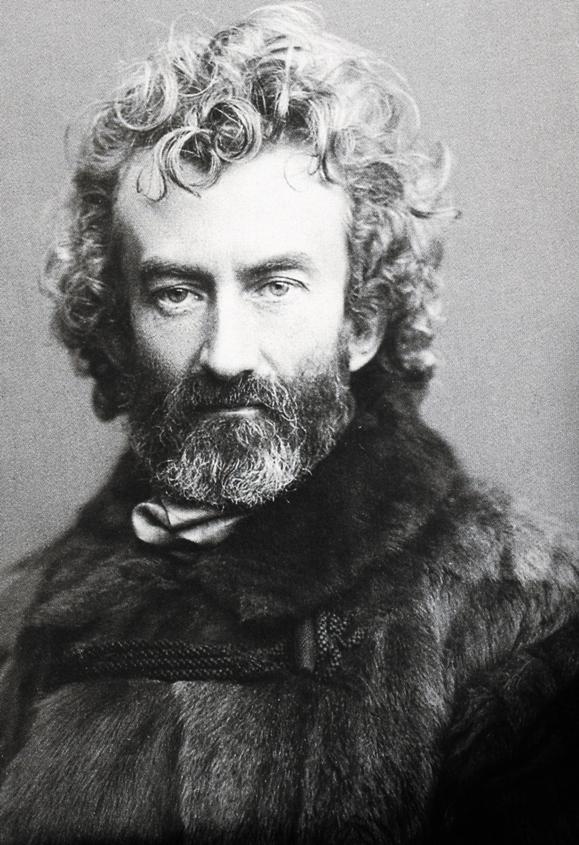 m policy. He was the first one to foresee the failure of world’s colonial system and to suggest an idea of establishing
organizations, such as United Nations Educational Scientific and Cultural Organization – UNESCO. Maclay created the first draft of Universal Declaration of Human Rights. His idea of  independent Papuan Union was also realized.
He was amazingly hard-working, goal-oriented person, who realized a sense of duty to humanity
from his childhood and proved this idea with his life. Miklouho-Maclay is such a prominent figure that the 150th anniversary of his birth was celebrated by UNESCO, including this date in the world's list of anniversaries. This event was unique for according to the existing rules, UNESCO celebrates only round, hundred-fold anniversaries. Nikolay Maclay received ‘Man of the Year’ title  from UNESCO in 1996. Thus we can say for sure: opening the museum of this great traveler is very important anywhere, because Maclay is man of the world.
There are lots of interesting exhibits in the Museum, among them Maclay’s family portrait gallery. Their ancestry is demonstrated in fragments of the feature film about Maclay and some other videos. You can learn more about the scientist’s life, particularly his period with so-called ‘black wild natives’, who saw a white man for the first time. Having lived a short life of only forty-two years, Maclay lives in the grateful memory of mankind forever.

You'll discover the world's biggest mystery – wisdom of immortal genuine soul. What is even more important, you will learn how to keep the Ideals of Forever Young Soul for a lifetime and become a truly happy man. And much more...